Home Uncategorized Bringing the Ceiling Down

Bringing the Ceiling Down

Sometimes a day does not go the way it is planned. Tuesday was just such a day. 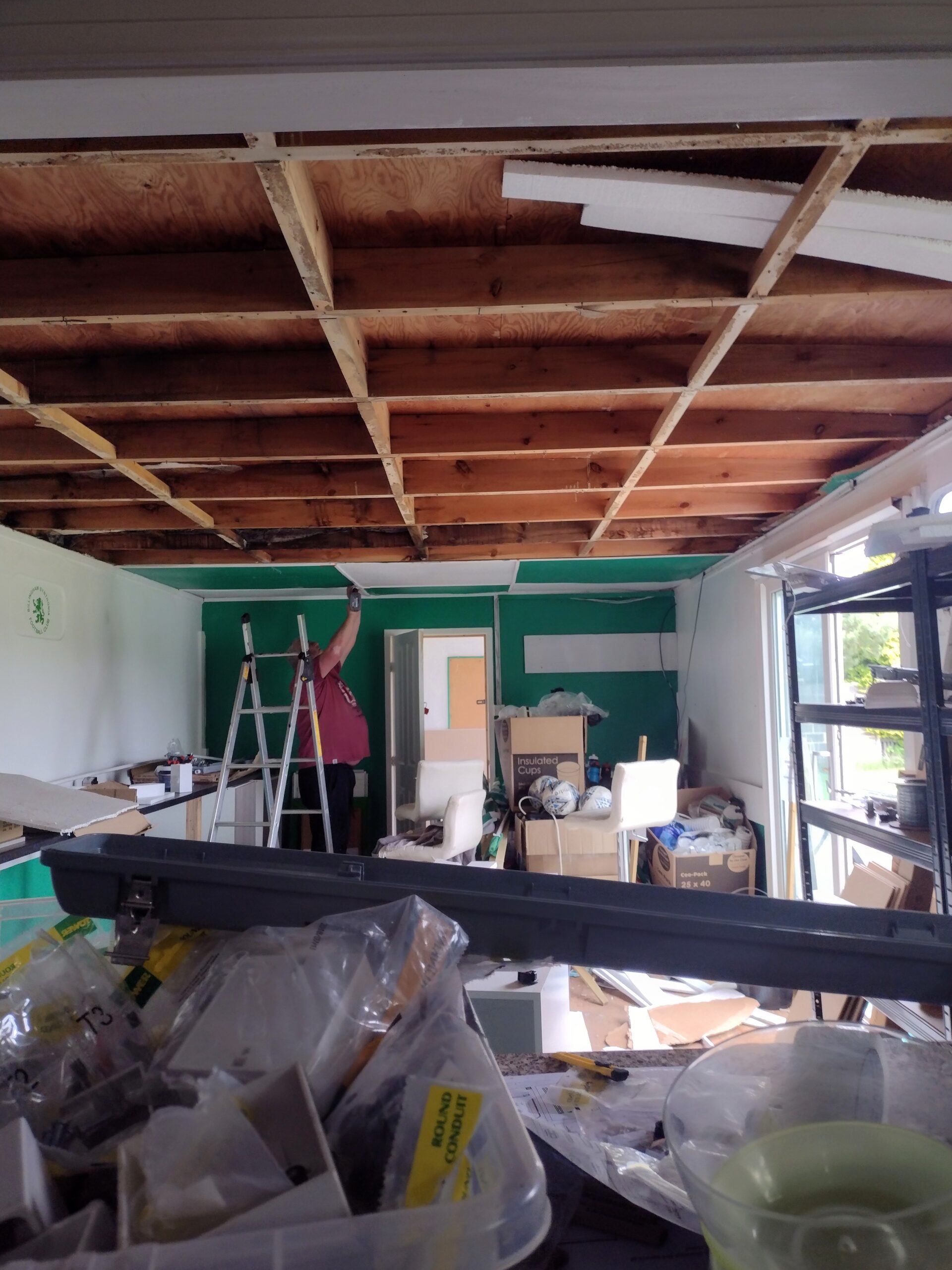 This does represent progress. Honest!

The plan was to tackle and complete connecting the new LED battens and to install 2 drawer units and 2 cupboard units under the worktop fitted the previous weekend.

It had rained hard on the Monday and the worktop and floor were wet. Clearly the attempt to seal one of the seams had not worked. The ceiling was hardboard and over the years it had become quite uneven.

Railway Dave and Graham pondered the situation and the made a decision. It was to pull the ceiling down to expose the roof timbers and to see where water might be coming in unseen.

There were other points where water was clearly entering but not that many. We will now do roof repairs at the positions we could now identify. 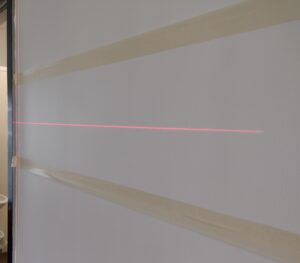 In the football club premises an amber stripe is to be painted. We used a laser level to set out the masking tape lines.

The ceiling will not be immediately replaced to allow time for timbers to dry out. The plan is to re-insulate the roof using foil insulation stapled to the timbers.

So, electrics this Friday morning now and at the evening Shed session we’ll be working on the units under the workbench and the backboards to be mounted on the workbench against the wall.

The lighting installation (after ceiling removed) moved forward on Friday morning ready for cabling next Tuesday. Units (4) assembled and positioned to support the workbench top. Worktop backboards installed which will be used for hanging small hand tools (possibly using French cleats as below (a Staithes Shedder has made these for his garage and he is now making them for Staithes Shed).

Shedder Joe volunteered for this, as Dave and Graham stepped back. He transformed the Portakabin end where our logo will be displayed. 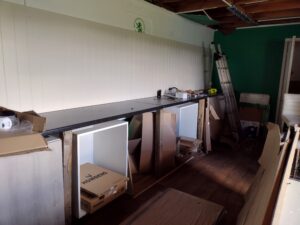 Units under the workbench (2 will be drawer units) and backboards (light cream) mounted on top. 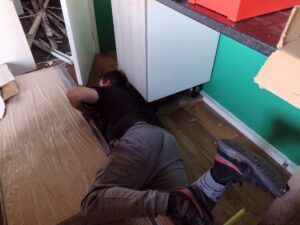 Units raised on timbers under their legs. Scotty Dave doing the final adjustments from a comfortable position.

There are wall cleat rails (easily made) and accessory cleats adapted to particular purpose. All movable. 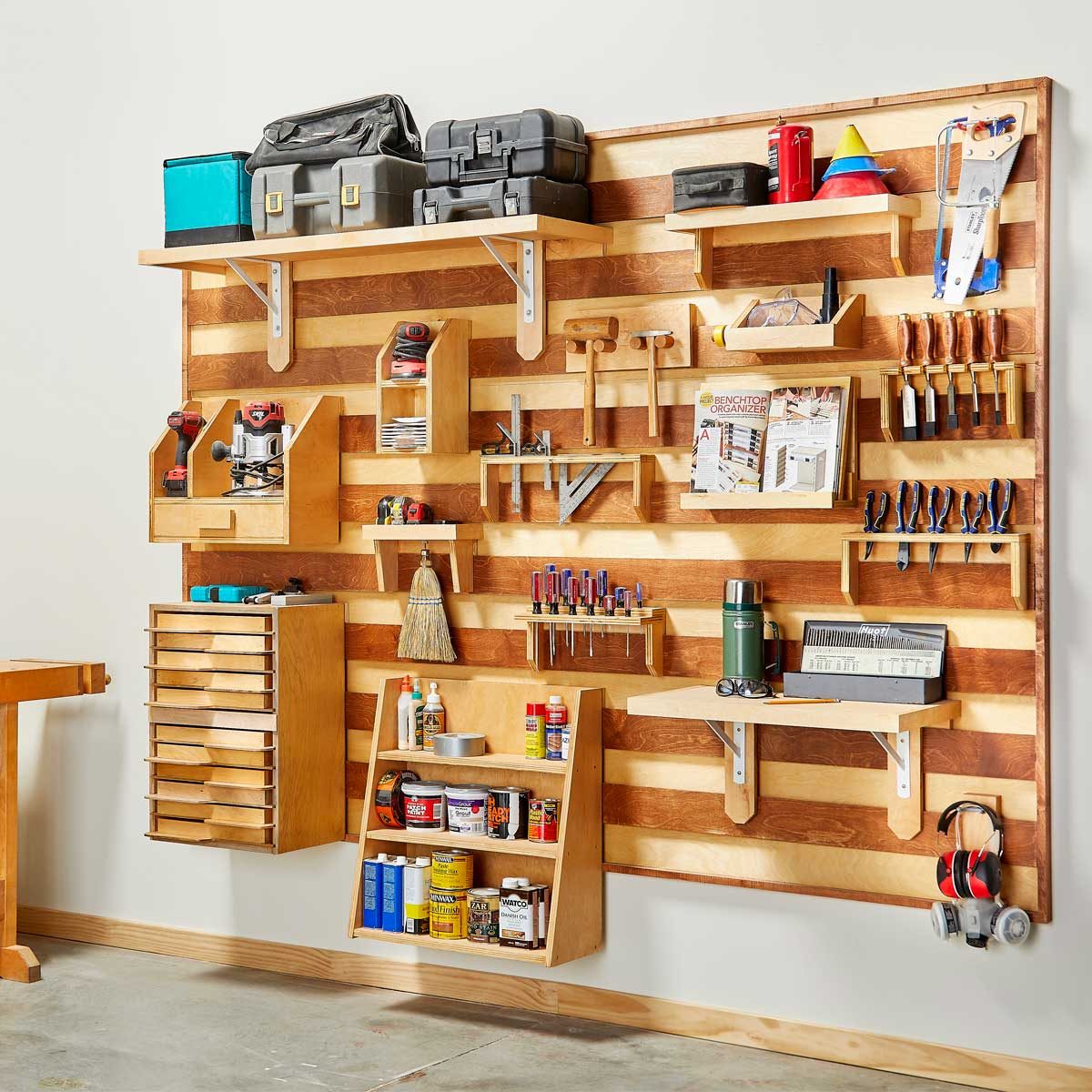 The range of accessories that can be made. Leaving benchtops clear of clutter 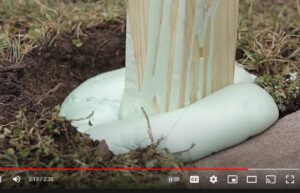 Dave needs to erect some fence posts at home and was exploring how to anchor them in the ground firmly, rapidly with less mess. He discovered foam concrete. Kid you not! Take a look at this link that he forwarded.

The laser level did its job as can be seen in the following photos. 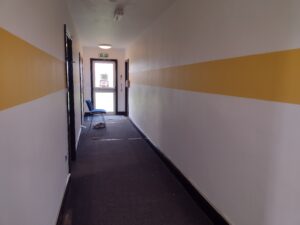 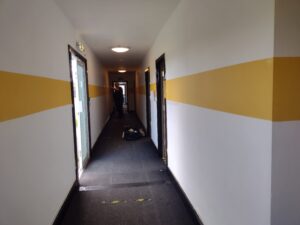 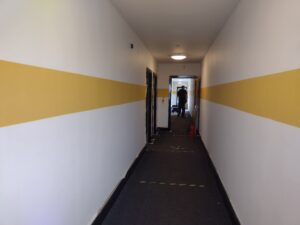