One of our “David” Shedders, Dave Tonner, has a number of surprising interests, one of which is throwing axes.

Thankfully his interest is deeper than just throwing them, he also enjoys renovating them and other things. Dave has moved into a new house and in the shed there he discovered an old, rusty axe. Cleaning up the axe head with a grinder and replacing the shaft was the first move but he wanted to “distress” the axe and used a blow torch on the shaft.

Restoring an axe is a job which would be welcomed at Norton Shed but throwing them is not considered a Shed activity! 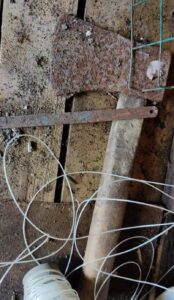 As found in Scotty Dave’s Shed 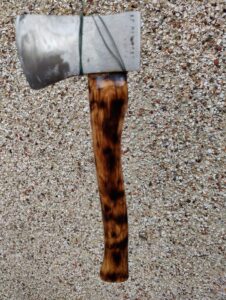 Materials and equipment on the way

One of our new Shedders, Derek, has been offered oak boards for NORMENS. We can use, for instance, for planters that we intend to have around the Portakabin.

Another Shedder on the way has macular degeneration but loves growing stuff (he’s a former woodworker too).

This is an excellent donation with a lot of potential to help people!

We will also be collecting equipment that was previously used by late Whitby Shedder Eddie. Again, a lot of potential in the equipment to help people!

The Portacabin that is. Not Gary.

We had a good morning of varied jobs. Continued work on painting the cabin; fixed the metal steps so that the door opens properly; replaced the rotted door threshold; tested one of the new LED luminaires and welcomed a new Shedder. 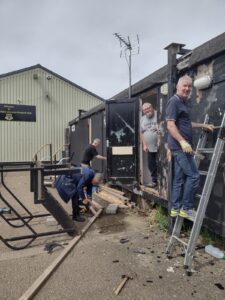 A hive of activity 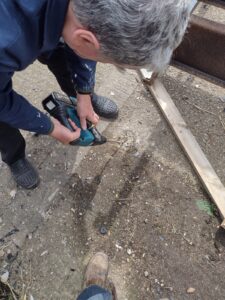 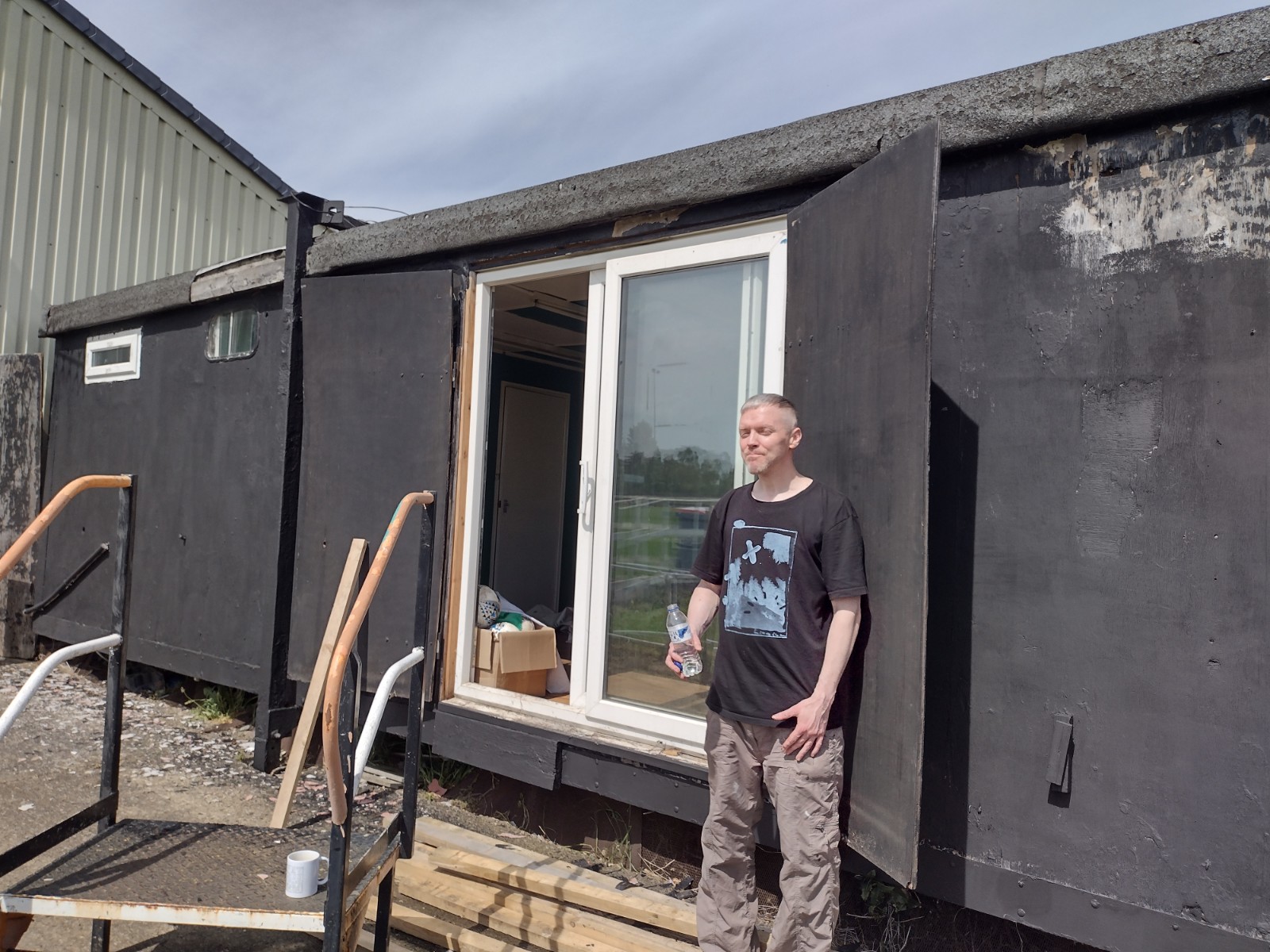 Patio door into what will be the main workroom

We have new LED battens to brightly light the workshop. We have collected equipment from Whitby. We have been provided by Helen Deehan of the Forge 3 steel framed shelving units. At present in the trailer. 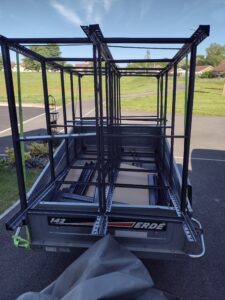 The third frame was dismantled and is a game for a Shedder today!

Not far now from (mainly Gary) painting the front of the Portacabin. Forgot to take photos today, but white filler on patches make it look like a Friesian cow!

Uniform black is a very good base colour, but it lacks some interest.  We met the football club chairman today and as far as a colur scheme is concerned he would like the colours of their strip to be used – black (lot of that already). white (perfect contrast) and amber.

It obviously should have our name on it and logo.  Below is Graham’s idea of something elegant that will be noticed from the stands!

It is out there for Shedders to comment on or suggest alternative expressions.  We’ll need to clear all with the club but indications are that they appreciate what has been done so far.