We need connections so that we are not isolated.

As individuals, and as a Shed. Things happen when there are others involved, not just ourselves. Norton Men’s Shed has only been a “decision” for about 3 months. Now there are about 8 people awaiting the starting gun! The previous blogs reveal that relationships (connections) are building between potential active Shedders (the orange circles).  That’s building inwards, but we are building outwards too (the hexagons).

These are external to the Shed but are essential to  sustainability and future success. Some organisations shown (like Whitby District Sheds) are part of the first stage of the launched rocket. They lend support and encouragement.


The Link Worker Team associated with the local GP surgeries are there for the longer term (offering introductions to some new Shedders. Other similar agents will in due time be added as “referral partners”. Principally signposting which Shedders might also do. St. Michael’s Church and Norton Sports Charity are premises owners that are happy to open their doors to Norton Shed

Then there are donors (at present of equipment) and businesses with surplus/damaged materials.

We have this week had a couple of calls from other organisations seeking to know more about the Shed for their clients. It is a jigsaw in which many pieces have a place.

Expect the picture to grow and adapt but this is the current status (updated 29/1/2022).

1st Norton Scouts arranged a day to work on ground clearance and fixing things up. They sent out a message to parents and also called in some friendly trades people, contributing their time. The result was astounding in terms of the help that arrived and the change made in just a few hours.

The Shed was there in the person of Graham (with Joan) to lend a hand in prickly situations! This is the kind of joined up community helping that Norton Shed can help with in the future (once we are out of the egg and flapping our wings). 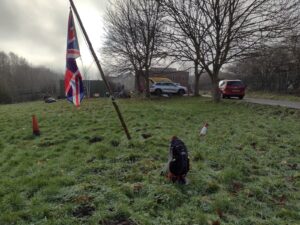 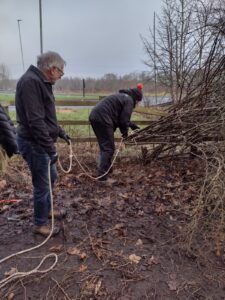 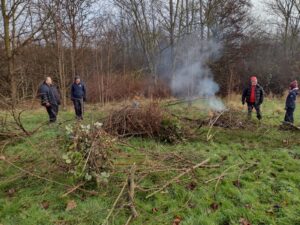 Some of the cleared scrub goes up in smoke. 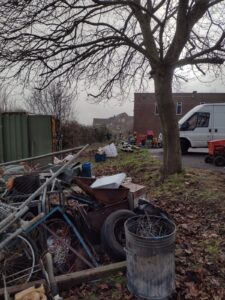 Hedgerows cut back. Scrap metal gathered to go to the scrap man.

During the ground clearance this sign board was found. Very suitable for a Shed. 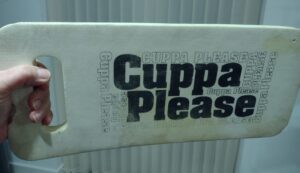 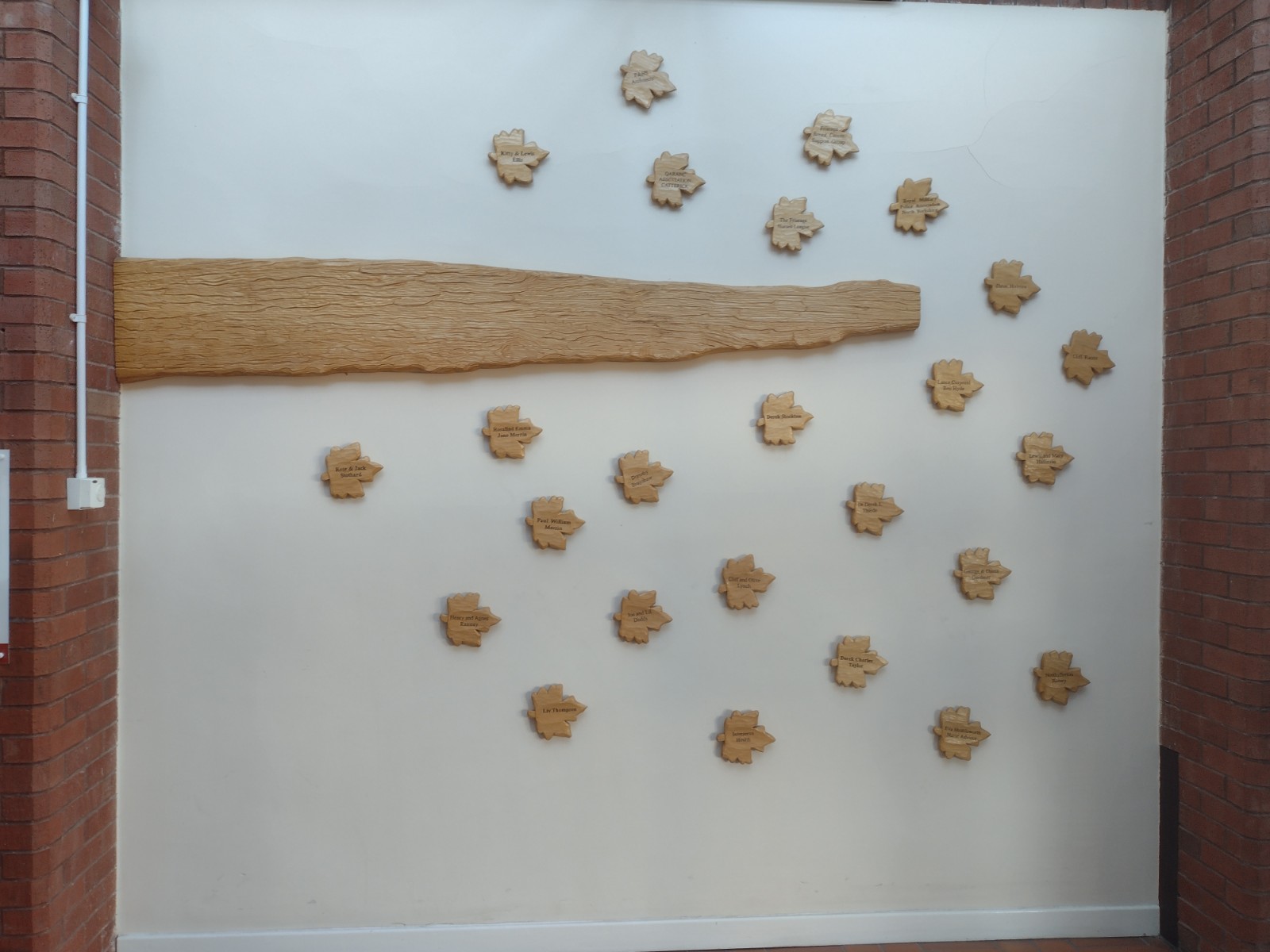 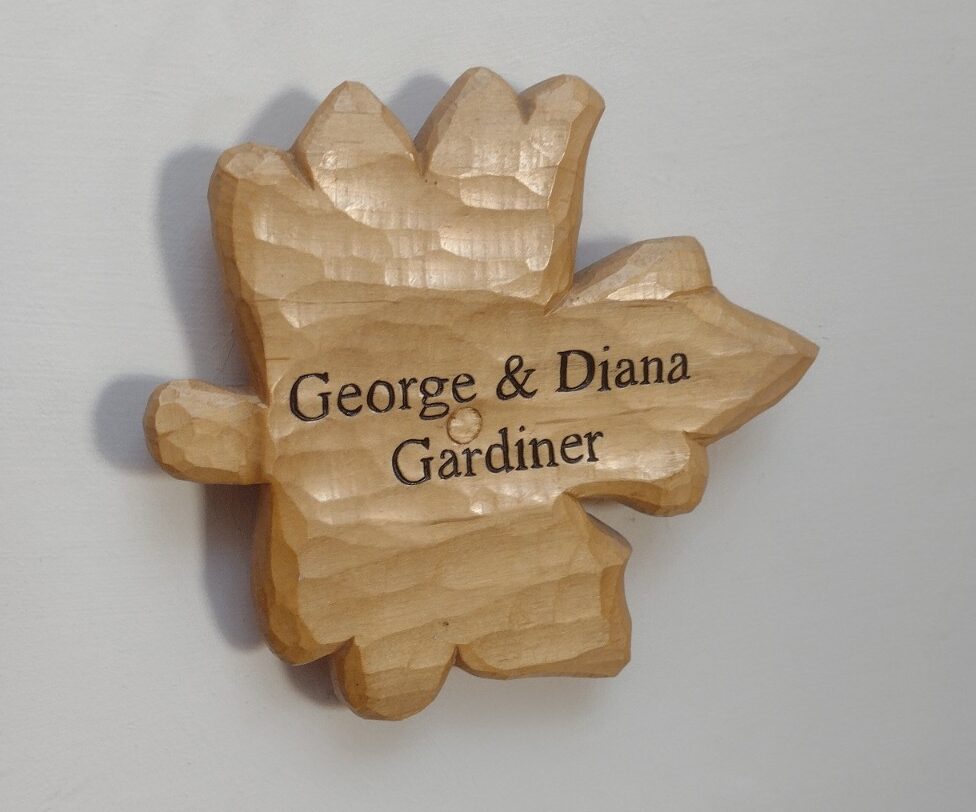 Six met in Stockton, including new potential Shedder Pauline, and Eric the church warden at St Michael’s where we hope to establish the base for Norton Shed in due course. Graham invited Eric because he felt it was only fair for Eric to meet the sort of people who become Shedders!  Hmmm. Was it a wise move??? 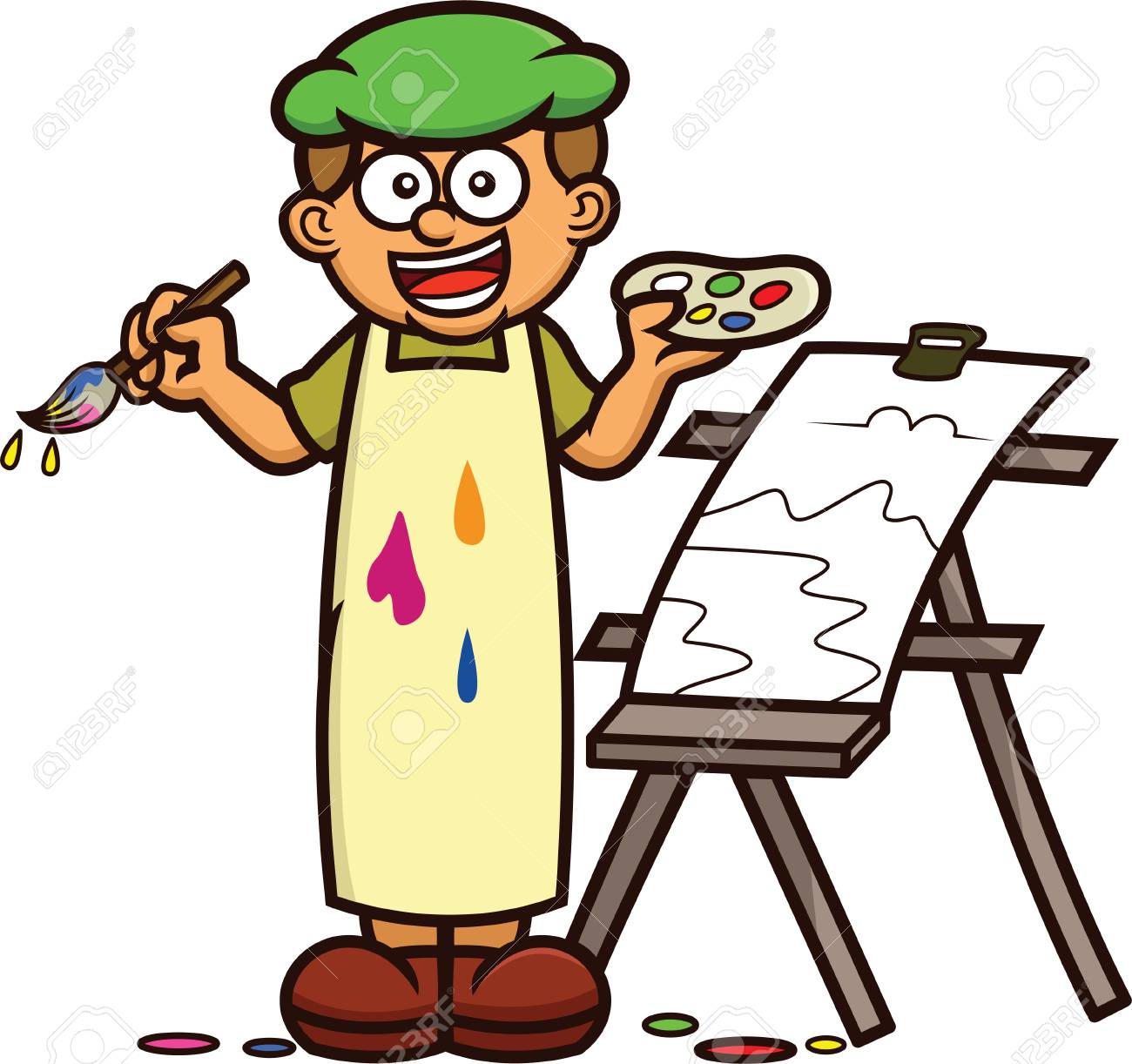 The draft constitution was tabled and is on the Governance page of this web-site. There are four trustees who will take the application for a bank account forward in the near future.

We hope to have our first work session later in the week.

What was revealed in our table chat was that three of those present were keen (and accomplished) artists. We’ll post some of their past work as part of a new blog.