Phase 1 is the stabilisation of the floors in the kitchen  and entrance to the hut, now done, and the installation of new guttering and downpipes for roof rainwater (now delivered for installation).

By Easter the guttering should be up and slack in the roof sheets arising from asbestos removal taken out – no drips we hope!

Graham went to Kirkleatham Museum this morning with grandson David. In the museum there was a metal cut out of a soldier. The legend at the bottom on the stand says “Here but not here”. One of the jobs for the Sports Complex is another large silhouette in wood/metal. Plus some doors for the base of trees in the forest area.

Also at Kirkleatham was the XXL chair with toadstool seats for littlies. Something else we may make at Norton and at Sheds in Whitby. Great for schools as storytelling centres. 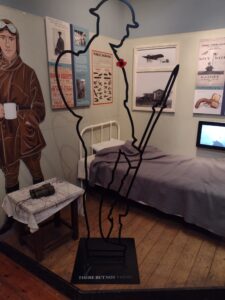 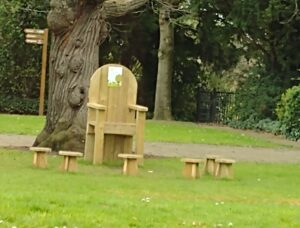 We had a visitor from Whitby to help on Tuesday afternoon by the name of Bryn. We had him on his knees screwing down the floorboards to the bearers. Earlier, Paul and Graham tackled the sloping entrance and concreted behind the entrance threshold to keep water from seeping in. Used some foam expanding  filler to seal up gaps (so as not to lose 20p pieces!

Wednesday night the wind blew hard across the cricket ground . Paul and Graham worked to roof the smokers’ den.

The first black plastic board was just starting to be screwed down when down came a sharp shower . . . . in the gale! What a night to choose. On the point of giving up, the rain suddenly stopped and work recommenced. It looks very smart. Trimmings need adding next Wednesday. 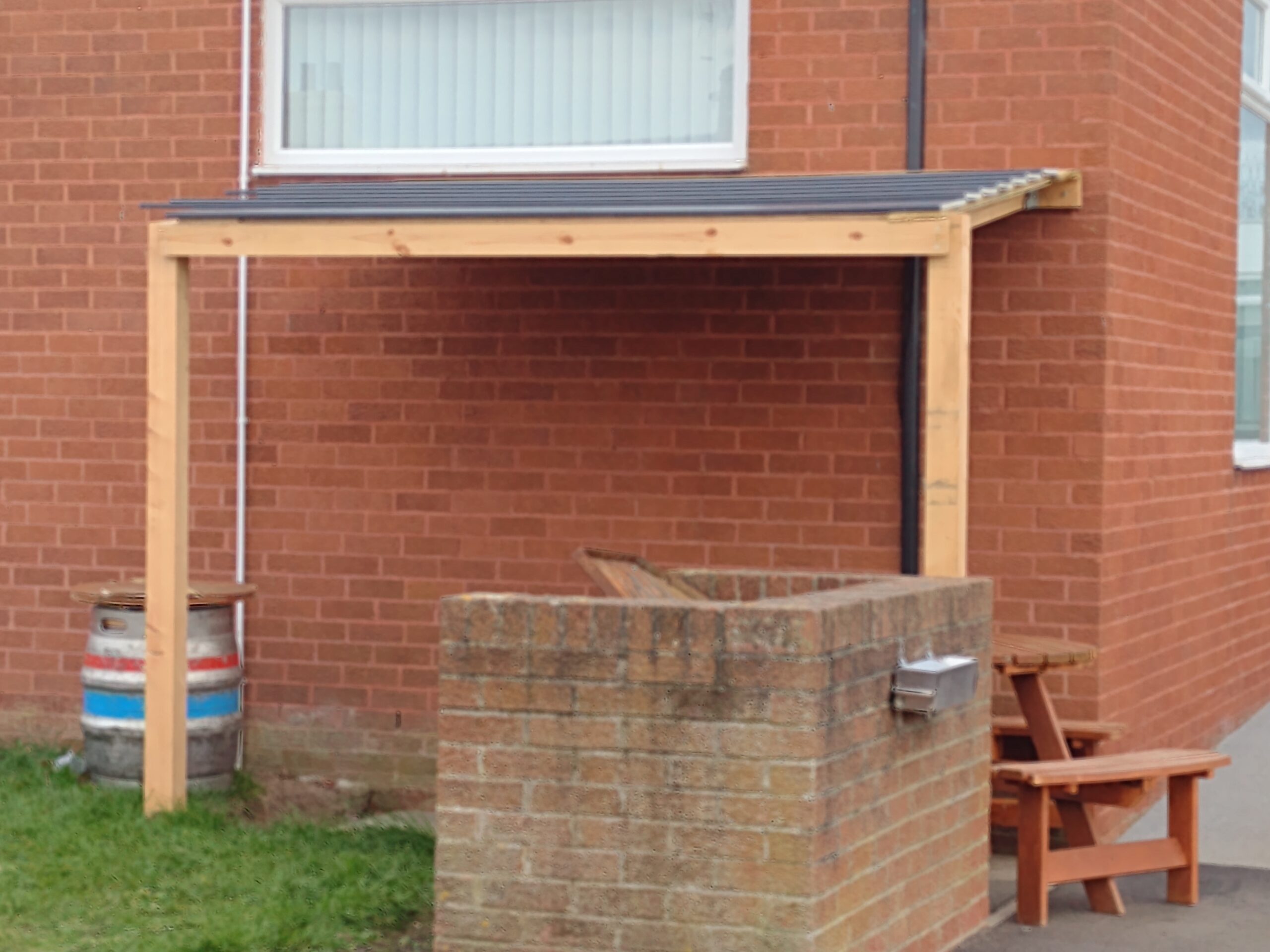